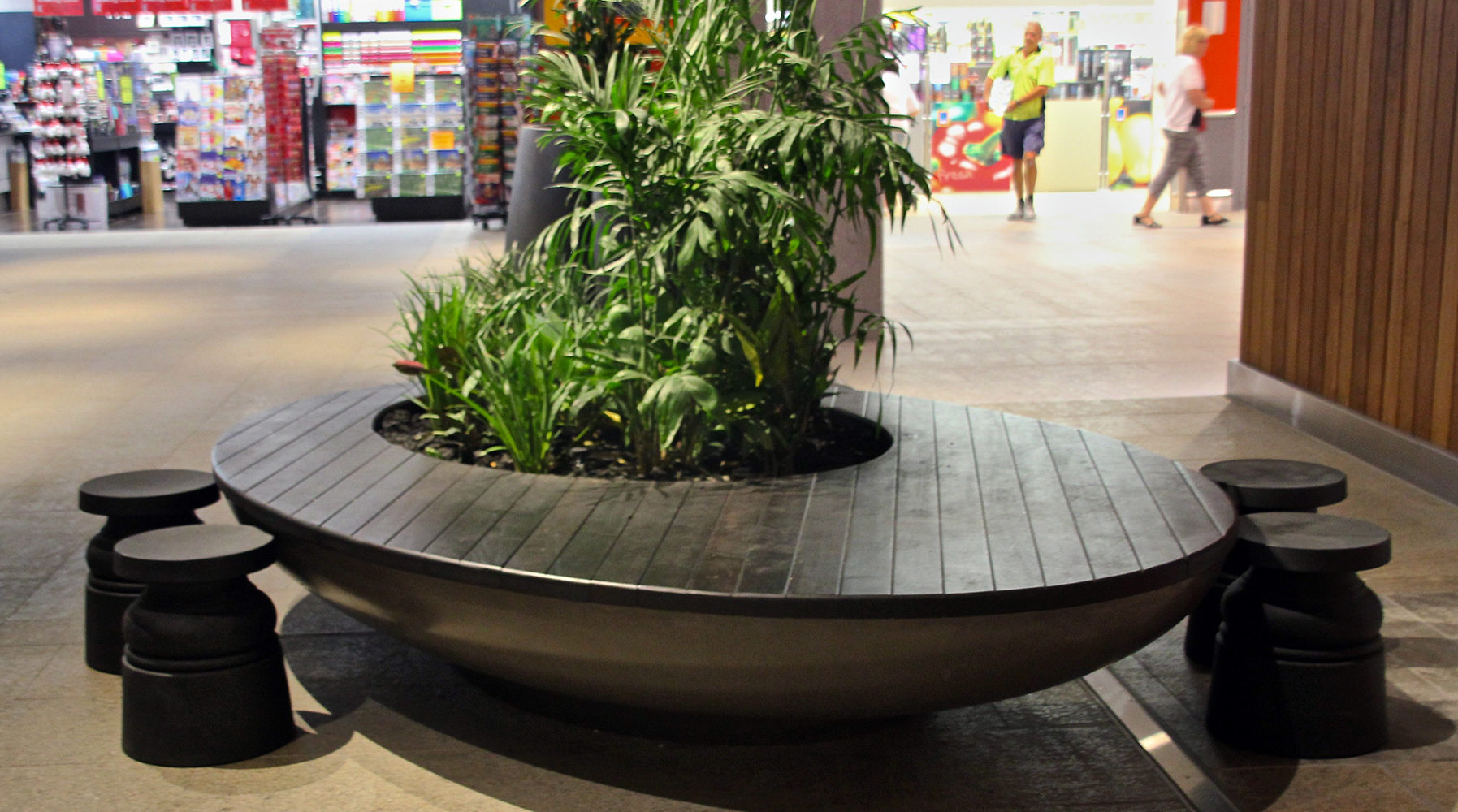 Back in July I blogged about the large terracotta-look flowerpots that we had made for Westfield Garden City in Brisbane. On Tuesday Sam took a ‘field trip’ to Garden City and took some photos of the pots. We thought you might like to see them now they’ve been installed. 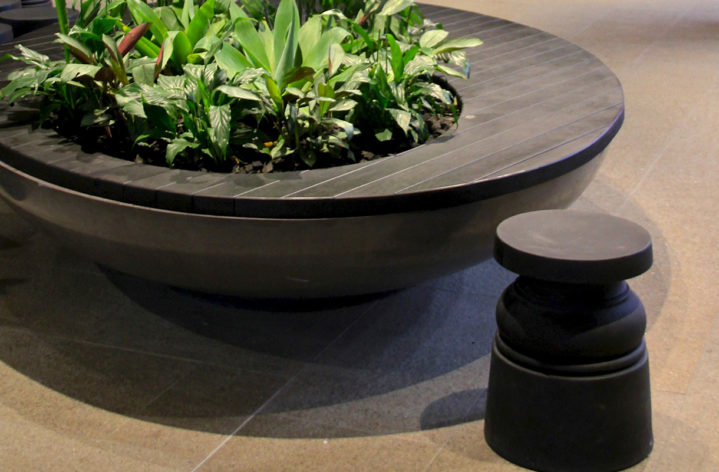 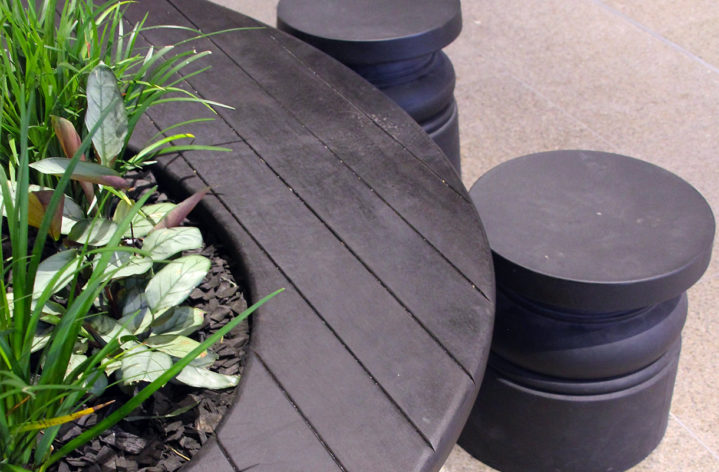