Dimmey’s has been a landmark in the Melbourne suburb of Richmond since 1878 with its famous clock tower constructed in 1910. It is an example of the American Romanesque style developed in the mid 19th century and made famous by simplified round arches and semi-circular arches on the windows. The original Dimmey’s building began life as a textile fabric store, evolving into a quality goods store during the Depression and then becoming a prominent bargain store.

The latest iteration of Dimmeys is as a luxury apartment building that has retained the iconic clock tower and street facade.  The garden rooftop area for residents incorporates custom round and elliptical GRC planters made by Quatro Design. 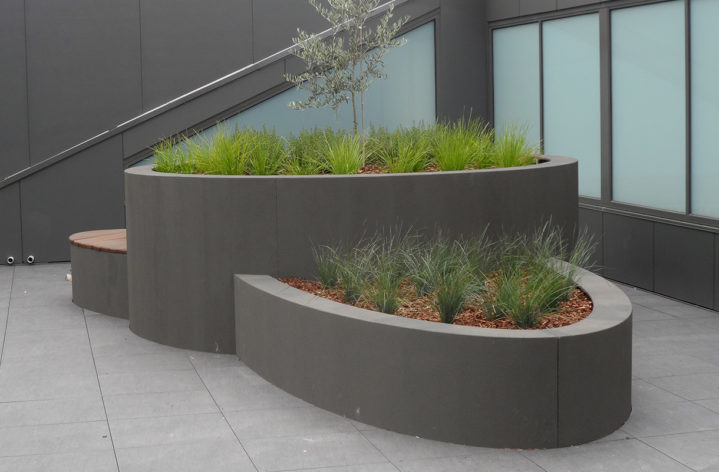 The rooftop garden incorporates our custom round and elliptical GRC planters.

The round planters were made in one-third segments which were bolted together on site.