Quatro Design was proud to be involved in the creation of the Queensland Korean War Memorial located at Cascade Gardens on the Gold Coast.  The memorial was unveiled on 20 August, 2011.

The centrepiece of the memorial is a larger-than-life sculpture of an Australian soldier with rifle in winter uniform, flanked on both sides by a series of relief panels, each depicting an aspect of the Korean War in which Australian servicemen fought.

Local artist David Yardley was commissioned to create the artwork for the memorial.  Once David had completed the artwork and moulds, Quatro Design cast the soldier and relief panels in GRC. 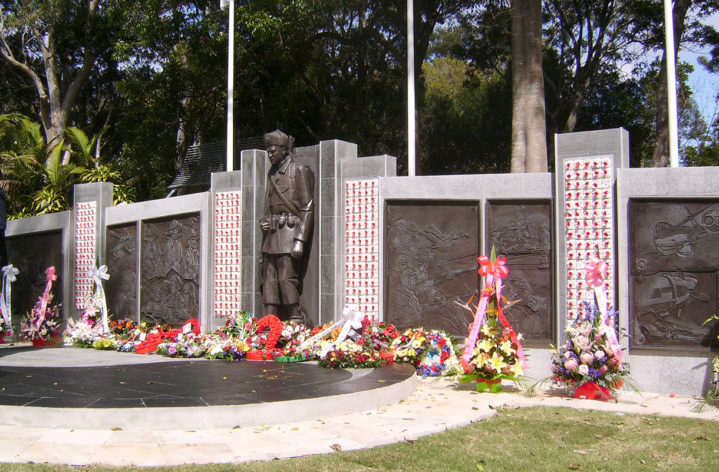 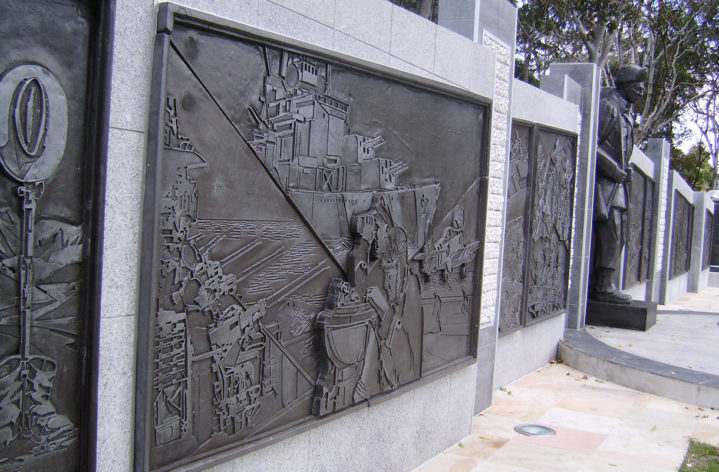 Quatro Design cast the soldier and relief panels in GRC